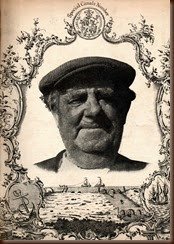 Front cover of the Special Canals number of  ‘The Architectural Review’  1949.

Eric de Mare was one of a small group of artists, designers & photographers who after the 2nd World war started to record the architecture,  indigenous art, and the way of life on the English canal system.

In 1948 having purchased an ex army pontoon he set out on a 600 mile journey through the waterways of the midlands and the South East. The resulting photographs were published in a special issue of the ‘Architectural Review in 1949 to be followed a year later in book form as ‘The Canals of England’. 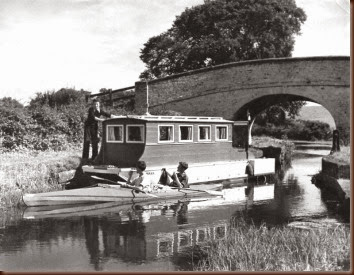 It is generally agreed that De Mare’s black & white photographs were some of the finest ever taken, showing in particular an appreciation of the form,  pattern & design to be found in the architecture and functional engineering artefacts of a canal. Viewed 60 years later they are a nostalgic and beautiful record of a way of life now sadly long gone but still just existing in 1948. 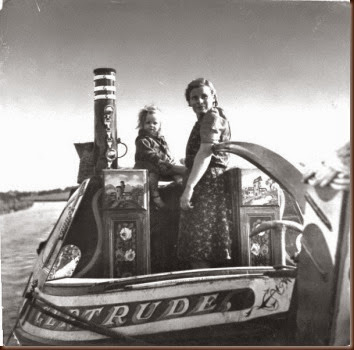 So it was with great interest that five of his original photographs taken on his 1948 journey came up for auction earlier this summer. The photos all have the authentic studio stamp on the reverse together with hand written remarks and notes regarding reproduction and sizes for use in his forthcoming book. 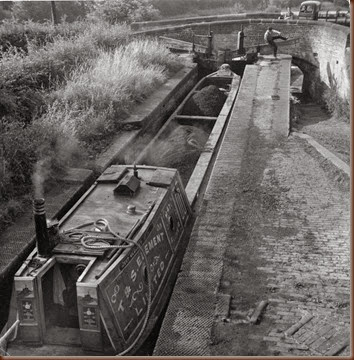 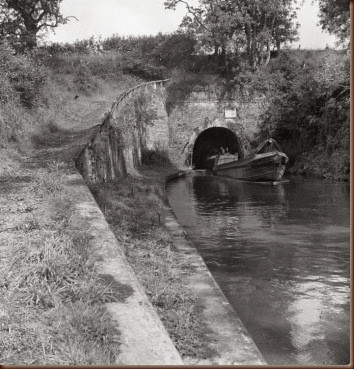 Of the greatest interest - the collection includes one photograph that does not appear to have been used in the book. A superb study of a pair of Joshers descending Hatton. 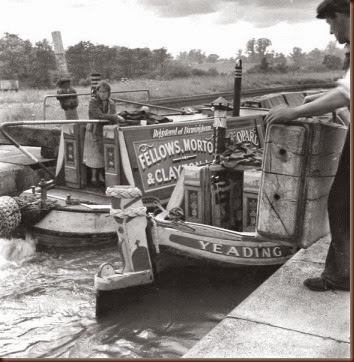 Incidentally ‘The Canals of England’    has been through many editions over the years and is still in print today I think and well worth a look if you have never seen it. 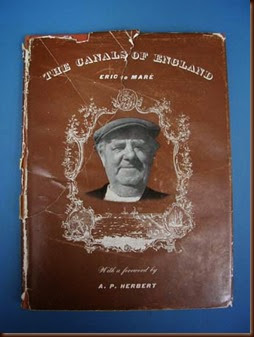