With the recent announcement of the demise of the Encyclopaedia Britannica in printed form (It will be available on line);  I was reminded of a seemingly inauspicious  item in my collection which at first glance might be passed over as ‘just another childrens book’
As a 1947 American publication by the Encyclopaedia Brittanica it is not often seen here in the UK and was I think not issued here, being primarily intended for children in the U S. 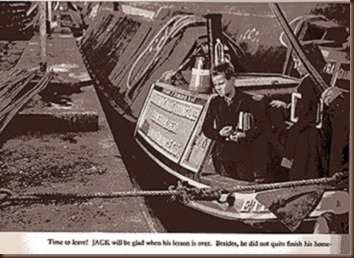 With over 40 photographs of boat life on boats of the Grand Union Canal Carrying Companies fleet, this book  is a ‘must see’  for anyone interested in social history on Britain’s canals. 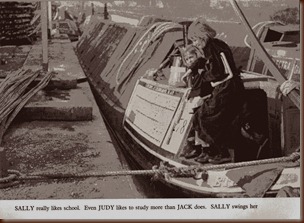 The photographs – mainly of kids on the boats, also show boats at work including some unusual shots of wide beam boats on the southern Grand Union. 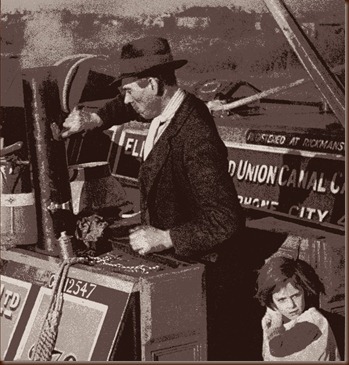 Very interestingly, the title page describes the illustrations as being taken from the Encyclopaedia Brittanica film ‘The Canals of England’. Has anyone ever seen this film? I cant remember coming across it before. 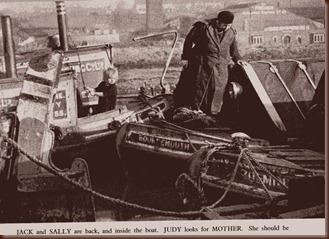 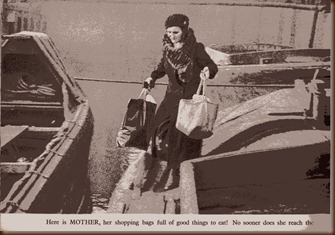 As you can see many of the shots are quite unusual in their scope and seem to have been taken on the G Union between Bulls Bridge layby and Stoke Bruerne. 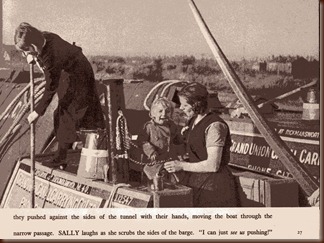 If you know anything about the film please let me know.
Posted by Unknown at 03:32