All prices quoted are the 'hammer' price to which should be added 20% buyers premium to get the final purchase price !!

July saw a two day auction of an immense amount of material of which canal and waterway books were just a small part. Nevertheless several hundred fine Waterway books from all periods went under the hammer as well as a good selection of rare canal maps and ephemera. Few items were auctioned individually but rather by the 'shelf full' and the shelves often contained railway and maritime material. Nevertheless bargains were to be had if one had the time to view and note what the shelves contained.
Some examples- Six shelves of books which contained a first edition Large Paper copy of  Priestley fetched £650. 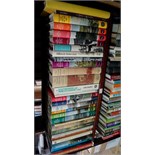 A large quantity of Antiquarian mostly 19thC books on cruising European waterways including  'Our Autumn Holiday on French Rivers' & Our Wherry in Wendish lands and most of the Victorian cruising titles plus oddly 'A History of the Ribble' and 2 copies of Tew's Oakham Canal made £880. 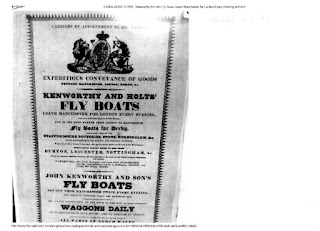 A manuscript ; 'Inspector of Canal Boats' ledger containing entries of boat,place of registration,owners name present condition as to repairs and cleanliness  for the years 1909-12. £170.
An official brochure for the opening of the new Hatton Locks in 1934 together with several other canal company promotional brochures all 20th C.  £200
Bradshaw Map (Southern Counties) - £460.
A very early - 'Map of the Navigable Canals & Rivers of England & Wales' by Andrews. Hand Coloured in 20 sections in original marbled covers .1788.  - £460.

All in all an unusual sale and probably of more interest to the dealer rather than the collector due to the size of the lots. 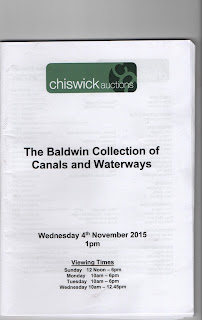 One of the largest collections of canal & waterway books in private hands went under the hammer on Nov 4th. There can be few canal book lovers unfamiliar with Mark Baldwin's own book 'Canal Books' which has been a kind of bible and reference work to many collectors for over 30 years now.This and his bibliography contained in 'Canals A New Look' have been an invaluable contribution to the world of canal and waterway books.
Mark Baldwin's lifetime collection was in effect 2 collections since he had bought and assimilated Charles Hadfield's (Canal Historian) collection some years ago. So it was not particularly surprising that the sale contained some rare and desirable books including one of the largest collections of signed L T C Rolt material to appear in recent years.
With such a large collection I can only give general impressions and results for some of the rarer and more unusual items.

A much rarer item - 'The History of Inland Navigations' , the first published history of England's Canals with an anonymous author fetched £1100 in a 1766 first edition. 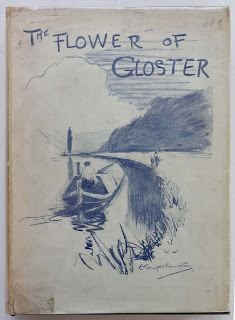 Anything to do with British Canal History or Cruising sold well whilst European canals seemed slightly less popular and Canals Worldwide even less.

Some unusual and rare items.- The Dust Jacket shown above on a first edition copy of Temple Thurston's famous book (not in itself at all rare) is in any condition incredibly rare and this jacket was in a complete condition.  £175. 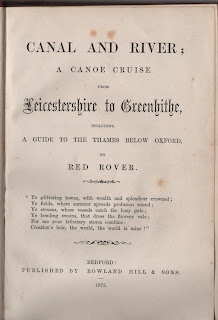 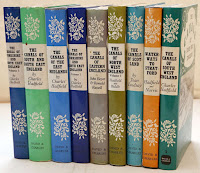 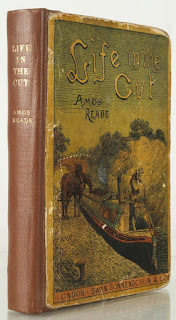 Fiction was well represented in both Adult & Childrens   with lots ranging from Victorian times to the 1980's The book above is probably the first canal novel written for adults. Its a 'Yellowback' which was once to be seen in hundreds on Victorian railway bookstores. Cheaply produced and printed - outside University collections it is virtually non existant so this copy (which before Mark Baldwin, once belonged to Charles Hadfield) was keenly bid for, achieving - £420.

Finally and just to show that thorough examination of otherwise inauspicious lots sometimes pays off. The book shown below is - for a book printed in 1930 almost as hard to find as the Victorian 'Life in The Cut' published in 1889 shown above. It is incidentally one of the most authentically 'placed' novels I can think off .Places on the cut,characters,language and a first hand knowledge of Canal lore characterize its production, unusually so for a 1930 book. It also has a complete and fine dust wrapper. In a lot together with 15 other canal novels £40 . -What a bargain.!! 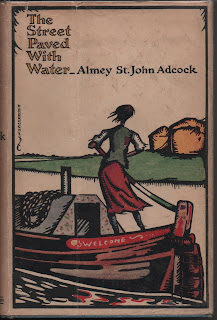