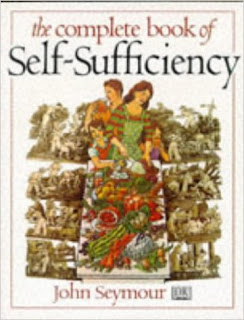 Those of you who were young in the 1970's and perhaps consciously feeling your way towards an alternative lifestyle may remember John Seymour the self sufficiency guru who was as an author most prolific at this time.
Wikipedia lists his roles as - Writer, environmentalist, agrarian, smallholder and activist and a rebel against - Consumerism,industrialisation, genetically modified organisms, cities, cars; an advocate for self reliance, personal responsibility, self sufficiency, conviviality ( singing, dancing, food & drink), gardening, caring for the earth & the soil. 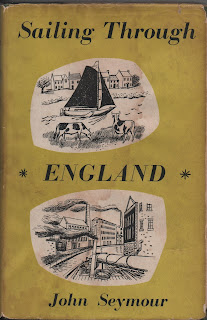 After an active and adventurous youth and war service he worked on a Thames Barge for a time before marrying and buying a Dutch Hoogaerse barge on which he lived and travelled before publishing his first waterway book  'Sailing through England' in 1956.
Seymour & his wife Sally sailed their 34 ton barge round the coast and into the Great Ouse and the Nene before travelling to the Humber from where they voyaged over all the wide beam waterways of the Northeast including a traverse of the Leeds & Liverpool canal. 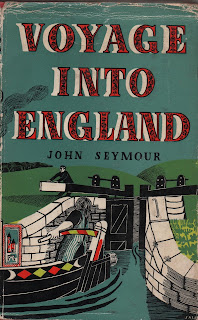 For the next few years Seymour was involved in buying and establishing a smallholding in Pembrokeshire before in 1966 publishing 'Voyage into England'  - a record of a 4 month voyage
around the Narrow canals of a still just working system.

We are fortunate that John Seymour's natural love of people & places combined with an
inquisitive nature has left for today's reader a treasure trove of anecdotes and interviews with the working population of a now vanished waterways world. Both books are a recommended good read. You can wallow in nostalgia with 'Sailing through England'  for less than £15 and for less than £10 Voyage into England ' is available on the second hand market. Both books were recently republished by Faber & Faber. 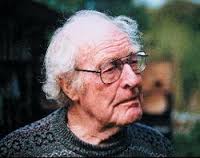 John Seymour's self sufficiency work is still carried on by his family at their Pembrokeshire smallholding where John lies buried in an orchard of his own planting.