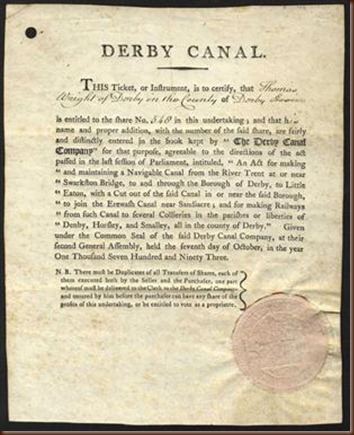 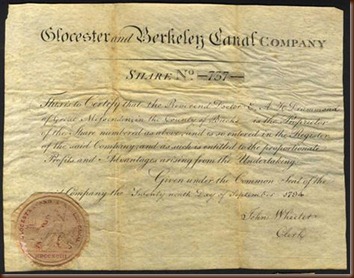 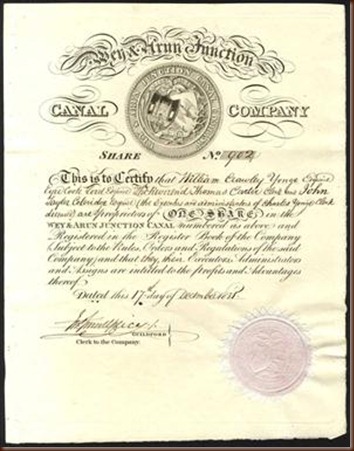 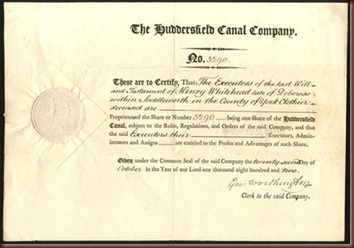 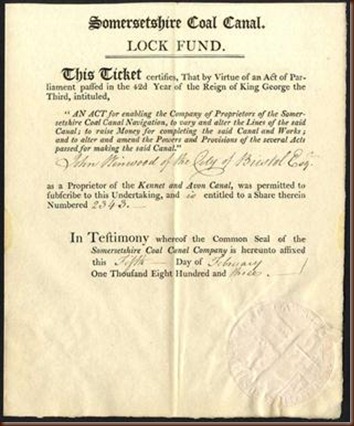 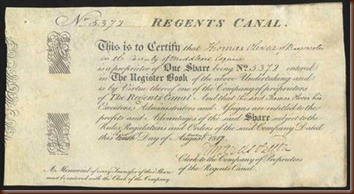 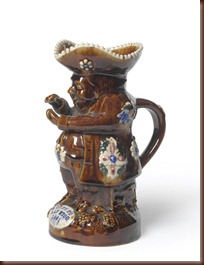 I thought blog readers might be interested in some recent prices paid at auction for canal collectables.

Measham bargeware can be had at all kinds of prices.A typical Barge teapot  usually costs around £100 -£150 depending on condition and there are always plenty of these around. However you need to have very deep pockets when it comes to buying rarer Measham items like the very rare Toby Jug which sold very recently at auction  for twice the pre sale estimate of £500.

Despite the fact that so called ‘Bargeware’ is thought to get its name from the boaters who were supposed to use it, I must admit that I have yet to see one inscribed with the name of a boat. The nearest items I have seen were a group of 3 items which sold in the same sale for £700. 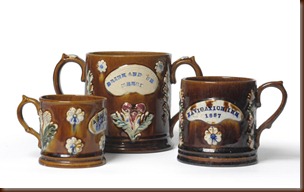 The larger of the two mugs was inscribed ‘Navigation Inn 1887’ which gets us a bit nearer to the cut ! Interestingly the large two handled loving cup bears the motif ‘ Cap’n Salt Polran’ – a captain at sea or the steerer or No1 of a NB engaged in the salt trade?? I suppose we will never know.

Other rare Measham appearing at the same auction house in the last couple of years includes the twin spout teapot ,chamber pot and vase shown below which fetched nearly 8 times the pre sale estimate of £300 (£2,300) 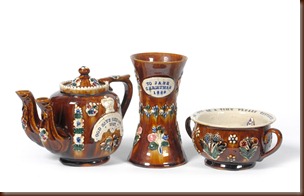 Apart from the more usual Teapots,jugs,kettles,tobacco jars,sugar bowls etc one of the most unusual jugs in the shape of an owl and estimated at £300 exceeded this by 5 times selling for £1500 in 2011. 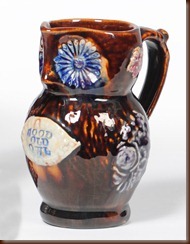 On the other hand a spitoon which I’ve never seen before sold for only £50 which must make it the Measham bargain of the year.

Some of you may have noticed the old Buckby Can on EBay recently which sold for something in excess of £130. It certainly was an old can, the wrought handle testified to that but the painting in my eyes left something to be desired in terms of quality and age.

Elsewhere and also on EBay a superb Canal postcard fetched what must be the record price for a single card of £156. It has to be said that it had all the right qualities that the collector is looking for namely –Subject,Location and rarity. It showed a superb reasonably close up view of a wide beam barge or trow on the detached portion of the Stroudwater at the junction of the canal and the R Severn. The boat is waiting to enter the lock for its journey down river whilst a man and a boy operate the lock . In sepia and around 1906 there cant be many of those around. Whilst the Stroudwater is at present being restored, this portion of the canal is now disused and the site of the junction lock into the river is on private land.

On the other hand a lovely sepia card from around 1922 showed a Sunday School outing from Linslade  crammed into one of L B Faulkners boats. This fetched only £12 and was a bargain.

At one time I had a good canal card collection myself but sold them all years ago. With the sort of prices described above you need to be extremely ‘well heeled’ to say the least to collect everything. Personally I stick to books!!! 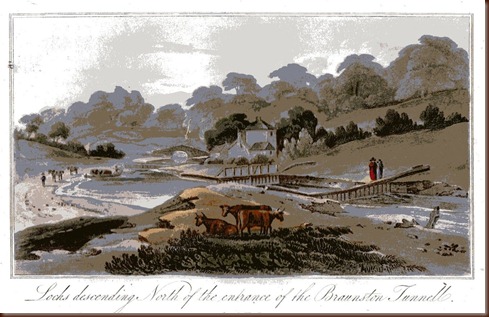 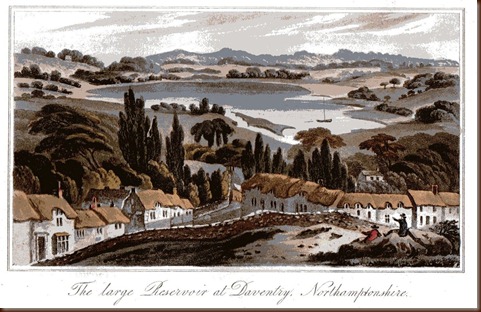 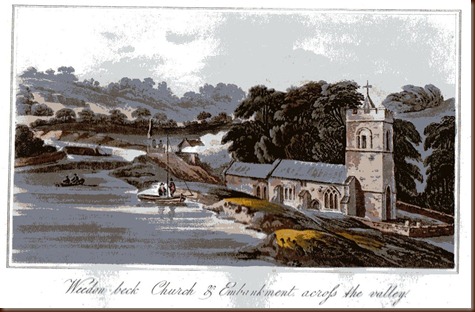 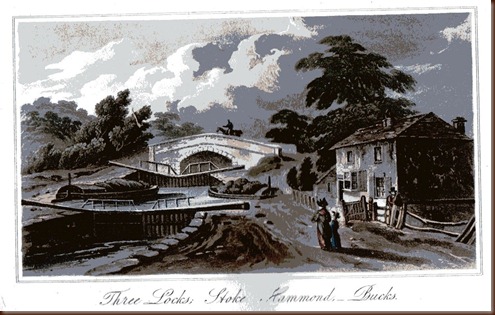 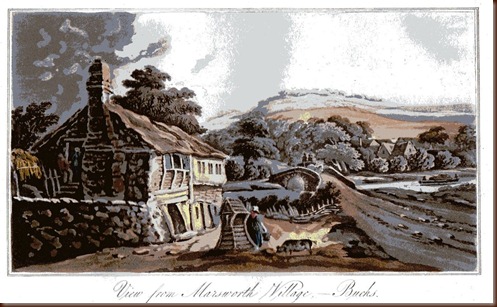 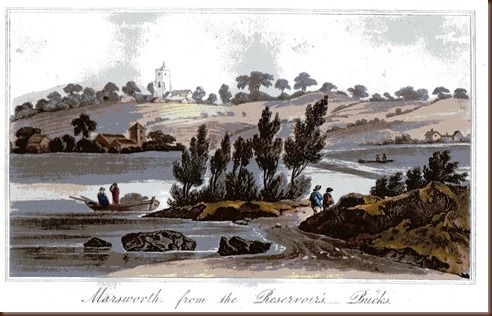 Tring reservoirs.
Posted by Unknown at 03:01 No comments: 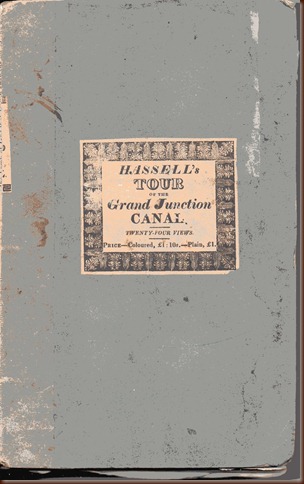 John Hassell  (1767 – 1825)  was a Georgian artist, illustrator, author and publisher earning his living principally by producing what would now be termed a travel guide book. The guides of which he was the author and illustrator were an indispensible introduction to many of the great popular scenic sites in the British Isles which were there to be enjoyed by Regency society.

My battered but much treasured copy of his ‘Tour of the Grand Junction Canal’  is a large paper copy with the original paper name plate which unfortunately lacks 7 of the original illustrations.Nevertheless the missing plates seem to be of the London area and are I think mostly of views other than the canal. As all the ‘up country ‘ views of the canal are present I am not too bothered about it.

So compare familiar well known canal scenes from your watery wanderings with the same views in a somewhat rawer state in 1819.! 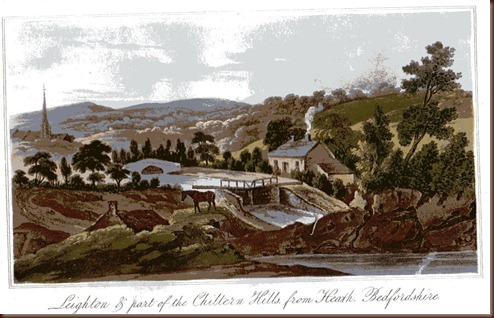 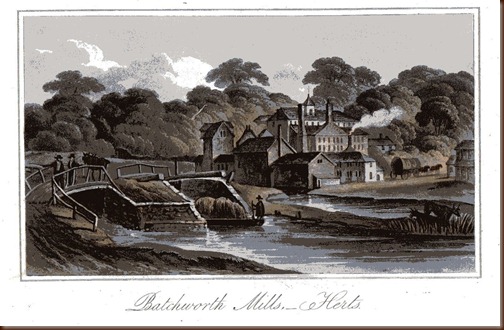 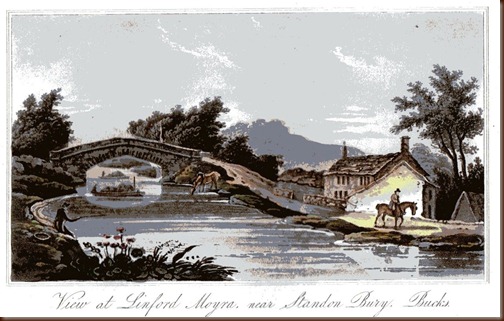 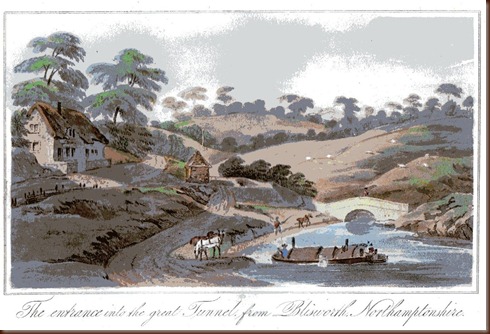 Regarding Blisworth tunnel ‘Hassell states that Mr Barnes of Banbury who was engaged as surveyor and who superintended and completed the tunnel was ‘strong minded but very illiterate’. He made all his calculations by ‘the strength of his memory’ and was at a loss to explain any of this to anyone else. Also ‘from being lowly educated he had no means of conveying to paper his designs, yet would cast up the most intricate accounts in his head without difficulty;.

Today 200 years later the tunnel is busier than ever. Not bad for a ‘lowly educated man’.  More Pictures next time.

A Tender Parting at the Grand Junction Canal. 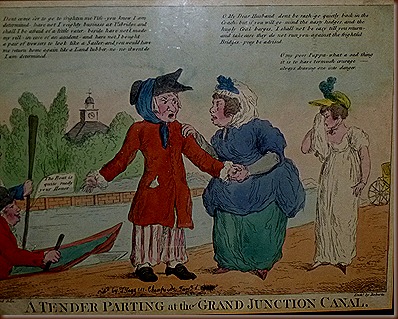 I really love this early hand coloured print primarily I think for its early use of the comic strip concept of the ‘circled blurb’ of the utterances of the characters depicted in the boat and the rest above each of the figures. Bought at auction recently it shows a London merchant being entreated by his wife and daughter to avoid the dangers of travel to Uxbridge on the new fangled canal. As the building of the canal had got as far as Uxbridge by 1801 and parties of London society were enjoying the novelty of trips by barge from the capital out into the countryside, I think that the print must date from the first few years of the new century. 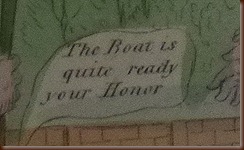 ‘Give Him a treat’ Barge Women of the Midland Canals.1944. 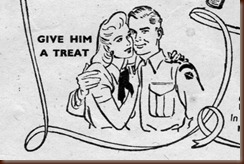 Give him a treat and maybe some of this...

Nothing like a nice SPAM fritter to take your mind off…………
So on to more serious things but remember !!!

With reference to yesterdays blog about the items on EBay I was prompted to look at my collection of wartime items and discovered that I had never blogged about this wartime Picture Post article (the one that is for auction on EBay at the moment).

All the above ad’s appeared in a 1944 edition of Picture Post which appeared a couple of weeks after the allied invasion of Europe started.
The magazines main preoccupation of course was with the invasion, with articles such as The First Man to Land in France and What it feels like to Invade but amongst the other news there is an interesting article on the training scheme for boatwomen or ‘Idle Women’ as they became known.
The article covers two pages with a small amount of text describing a typical working day together with seven photographs. 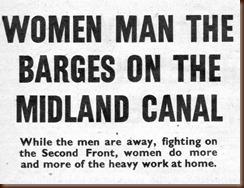 Daphne French is the trainer and Mary Andrew and Susan Blood the trainees. 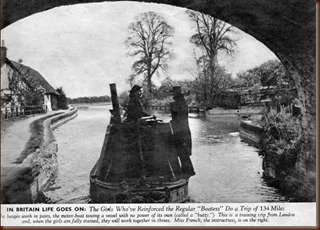 I’m not sure where the photos were taken but obviously on the G U – (London area ?)somewhere. The caption to the article states ‘Barges on the Midland Canal’ which confuses things a little. Could be on the G U towards Brum I suppose. I thought at first that the photo above might have been taken near the Globe Inn at Linslade but then realised that there is what looks like a winding hole or basin on the off side so that put paid to that theory. If anybody knows please leave a comment. 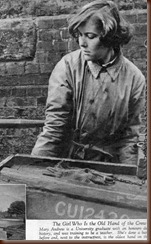 To those not familiar with the famous ‘Barge Ladies’ story ; my ‘Wartime Ephemera’ blog of November 2110 will tell you a little more or better still read the first hand accounts of the ladies wartime lives afloat in ‘Maidens Trip’ by Emma Smith and ‘Idle Women’  by Susan Woolfitt both of which are still in print I think.

I've just been trolling Ebay canal and waterway books and noticed a couple of rare items from World War2 for auction.
I mention this because some of my most popular posts are those that refer to the 'Idle Women' so if your interested there is a photo of Audrey and Evelyn and their boat on the cover of a wartime magazine and a Picture Post article on the boatwomen and Kit Gayford on one of their trips in 1944. I have both of these and can recomend them.
Posted by Unknown at 13:52 No comments: