BRITAIN JUST BEFORE THE STORM (A Canadian Canoe Threads Old English Waterways ….’ in 1940. 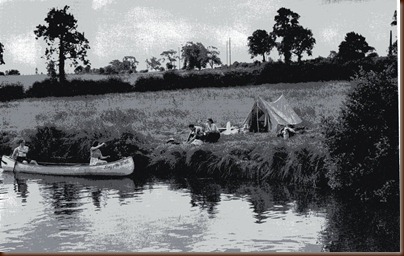 Amos Burg the author of this article in The National Geographic Magazine seems to have been an intrepid American traveller with several accounts of trips in the Yukon and Oregon to his credit. For this article he  shipped his Canadian canoe Song of the Winds 6000 miles from Oregon to the West India Dock in London. Arriving solo he soon decided that he needed a companion for his proposed month long tour of the English canals and chose Harry whom he found stranded on the outbreak of war at the American Embassy. 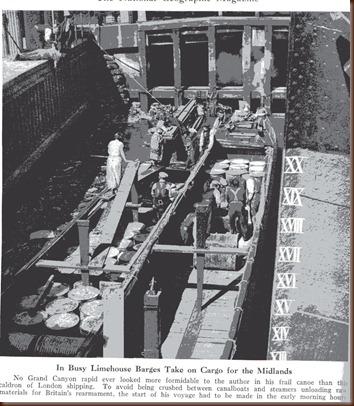 On arrival at Limehouse Basin he seems to have been treated with some ceremony being met by the head engineer who presented him with a lock key tied with a pink ribbon (which I must say sounds just about the most unlikely canal anecdote I’ve heard but I am just repeating what I read in the Nat Geo!!!) At this time in the very early years of the war – Limehouse basin was so crammed with pairs of boats loading raw materials for the Midlands War effort that they gave up the attempt to leave the basin until early the next morning. After paddling all day they camped on the Island at Little Venice where they were hospitably received by the local kids armed with stones and other missiles. 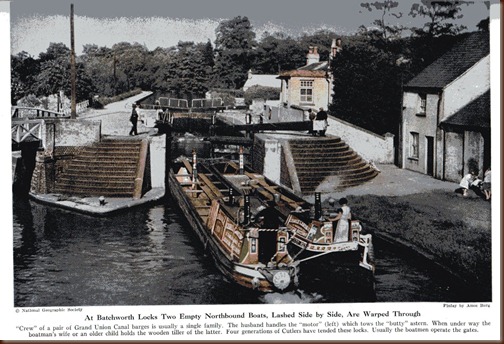 At Rickmansworth he found Walkers boat yard still building wooden Narrow Boats and talking to the lock keeper at Batchworth Lock whose grandfather had started work at the same lock in 1794, he was told that 40 pairs of boats were passing daily carrying metals and war materials to the midlands. 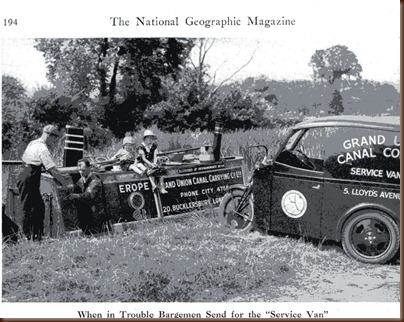 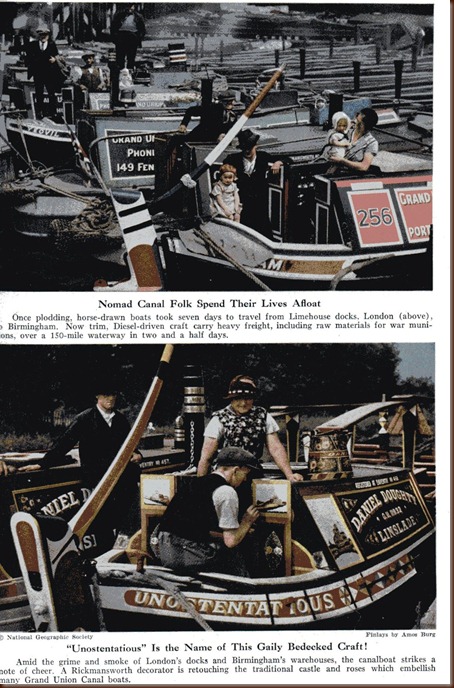 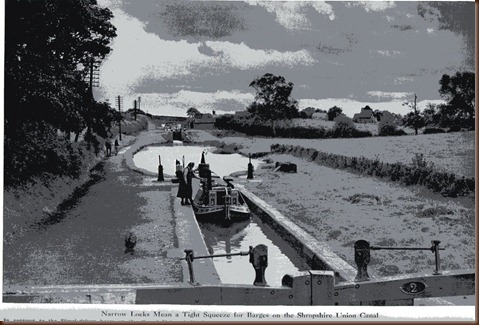 Amos Burg and The Song of the Winds travelled across Birmingham and up the Shroppie to Ellesmere Port where somewhat amazingly they locked down into the ship canal ,passed through Eastham Lock and travelled on down the Mersey tideway before journeys end at Liverpool.